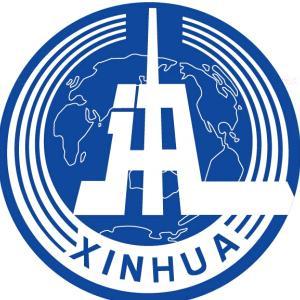 (Guided by Xi Jinping's thoughts on socialism with Chinese characteristics in the new era—the new era as a new chapter, the General Secretary is concerned about high-quality development, and scientific and technological innovation) 35,000 kilometers of happiness stretches—the "technical traction" of China's high-speed rail

The roaring Chinese high-speed rail is singing all the way on the vast land of China, constantly reducing the distance in time and space and enlarging the happiness of the people ...

This type of train is more "smarter" than the previous Fuxing, and it can automatically start from the station, run automatically in the section, and stop automatically when it arrives. There are more than 2,000 monitoring points on the body, which comprehensively monitors its own status and can diagnose itself when it encounters a fault.

"This is the world's first automatic driving at a speed of 350 kilometers per hour. The train's automatic driving system can automatically calculate a safe, energy-saving and efficient driving mode based on the line conditions, which greatly reduces the labor intensity of the driver." Design director Wang Dongfang said.

The meaning of the word "taking a train" will also be richer.

The high-speed maglev train test vehicle that has "floating" and "floating" on the ground has been designed to run at a speed of 600 kilometers per hour. It is fast, safe, reliable, low noise, and has a large passenger capacity. On this kind of train, "every day travels thousands of miles" may only require a meal. The distance between cities will be further compressed, the commuting efficiency of the "twin cities" will be improved, and the internal connection of the urban agglomeration will be closer.

This year's Spring Festival, electronic tickets entered the stage of history. As of December 5, 2019, electronic tickets for 458 high-speed rail stations have been passed, and the time required for the overall check-in of trains has been shortened by more than 1/3. The largest periodic migration in human history has also emerged as a "technical fan".

Chongqing spicy, Jiangsu and Zhejiang Xianxian, Guangdong Liangtang ... take out on the train, eat whatever you want.

As of December 2019, the railway department has opened 41 food stations, which can provide more than 3,000 kinds of food products to passengers with more than 4,000 trains. A 24-hour "smart unmanned restaurant" provides services at Qingdao railway stations. The food here is rich in variety, green and safe. It only takes 28 seconds from ordering to serving.

The relevant person in charge of China National Railway Group Co., Ltd. said that the exploration and practice of three areas of intelligent construction, intelligent equipment, and intelligent operation have enabled China's high-speed railway to lead the way.

In the high-speed EMU production workshop in Changchun, dozens of brand-new "Fuxing" EMUs are lined up, and workers are nervously performing assembly operations. At the door of the workshop, the word "Dream" processed by CNC machine tools and metal materials one by one attracts attention.

General Secretary Xi Jinping pointed out during the inspection of CRRC Changchun Railway Passenger Car Co., Ltd. in July 2015 that the high-speed rail is a beautiful business card for China's equipment manufacturing, and has become a "hot commodity" for China's foreign economic and technological cooperation. Take advantage of it.

A group of designers and engineers work day and night to make breakthroughs and continue to solve problems, strengthen the "power heart" of trains, and implement every engineering indicator ...

Achieving your dreams requires courage to climb and pay attention to every detail.

During the development of the Alpine EMU train, engineers found that snowy days would cause a certain degree of wear on the brake discs of the Alpine EMU, and this wear was most obvious in vehicles from Changchun to Shenyang. According to regulations, the wear degree of the brake disc is limited to 7 mm, and if it exceeds 7 mm, it must be replaced.

"Ask the supplier, they are not clear, and they asked foreign counterparts, they have not encountered a similar situation." Qiao Feng said.

Review the data, analyze the changes, and ponder the reasons ... Qiao Feng and his colleagues "long" in the car, plunged into the computer, and pondered. Kung fu is worthy of care, they finally found that in the temperature range of -5 ℃ to 5 ℃, the special shape of snowflakes will wear the brake disc. The cause was identified and the problem was solved.

At that time, when the Beijing-Zhangzhou Railway started, Western newspapers wrote a sarcasm: "The engineer who made this road in China has not yet been born!" Engineering technicians such as Zhan Tianyou, under pressure, embarked on a difficult task and created pioneering works such as the "herringbone" return line. .

Generations of railway people have not only pursued their dreams. What has remained constant is the Chinese people's spirit of striving for excellence and the pursuit of excellence.

The eight hundred miles of Mengshan Yishui was once the place where "the four congestion, the boats and cars are inaccessible, foreign goods cannot enter, and local goods cannot be exported." In December 2019, the Rizhao to Qufu section of the Rilan High-speed Railway was opened for operation. The Yimeng Revolutionary Old District was “touched” for the first time, and the high-speed railway in Shandong Province realized a circular connection.

"In the past, I pushed a trolley to deliver food and medicine to the troops, and now the high-speed rail has gone into the mountains to change the old revolutionary district." Wang Kechang, a 89-year-old villager from Zhu Village, Caozhuang Town, Lintong County, was a "front army" when he was a teenager. One of the members now witnesses that the cherries in their hometown are transported on the high-speed rail.

"People are looking forward to this high-speed rail from the bottom of their hearts. The old man carries walnuts to the workers, and the old lady spreads the pancakes to the driver." Song Xianchang, project manager of the Lunan High-speed Railway Project Department of China Railway Second Hospital, said the people in the old district warmed the builders. In order to get them to get on the high-speed rail as soon as possible, the construction staff worked overtime and made the high-speed rail open to traffic more than a year earlier than originally planned.

The 48-year-old farmer Wang Yongfa lives in Weixin County, Yunnan Province. After the Chengdu-Guizhou high-speed railway opens, he plans to go to Ji'an Province, Jiangxi Province, 1300 kilometers away. This is the first time in 13 generations of the Wang family to return home.

"The genealogical tree is 80 centimeters tall, and it is clearly written that we are from Ji'an, Jiangxi." Wang Yongfa said, "But the Umong Mountains are 'wanfeng inserting sky', we have never been back."

After the Chengdu-Guizhou high-speed railway was opened, the traditional traffic distressed places of Yibin, Zhaotong, and Bijie were placed in the north-south corridor of the railway.

An important feature of the high-speed rail that opened in 2019 is that some long-distance or relatively backward regions have joined the "high-speed rail circle."

In December 2019 alone, more than 10 railways across the country were intensively opened. China's high-speed rail currently ranks first in the world with an operating mileage of 35,000 kilometers. Under the continuous extension of the "eight vertical and eight horizontal" high-speed railway, a mobile China full of prosperity and development is moving forward. (Participating in writing: Yang Jian, Duan Xu, Xie Jiao, Shao Luwen, Qin Jing) Back to Sohu, see more