[Sohu Auto · Hacker] Coincidentally, if we look closely at the two exhibitions' in-depth contact with Valeo and the practice of this global auto supplier giant, we have found one thing in common, which is "pragmatic". Each time Valeo shows forward-looking technology or technology, it is never limited to the concept stage, but has a complete solution and practical application scenarios. No, my colleague "sees" the future at the CES exhibition.

That's right, is the Meituan takeaway that is common in everyone's life. At last year's CES, the two parties signed a strategic agreement. At that time, many people were quite confused: one was a supplier giant of global automotive core technologies (new energy, autonomous driving, intelligent networking, etc.), and the other was an e-commerce platform for food delivery in China. What are the results of the cooperation between the two? The answer is coming this year.

Valeo has cooperated with Meituan Takeaway to develop a pure electric automatic delivery robot (prototype), which is based on Valeo eDrive4U autonomous driving technology, and is named eDeliver4U. Taken apart, e stands for pure electric, Deliver is directly delivered, 4U Means "for you." It actually looks like a "four-wheeled food delivery car" . 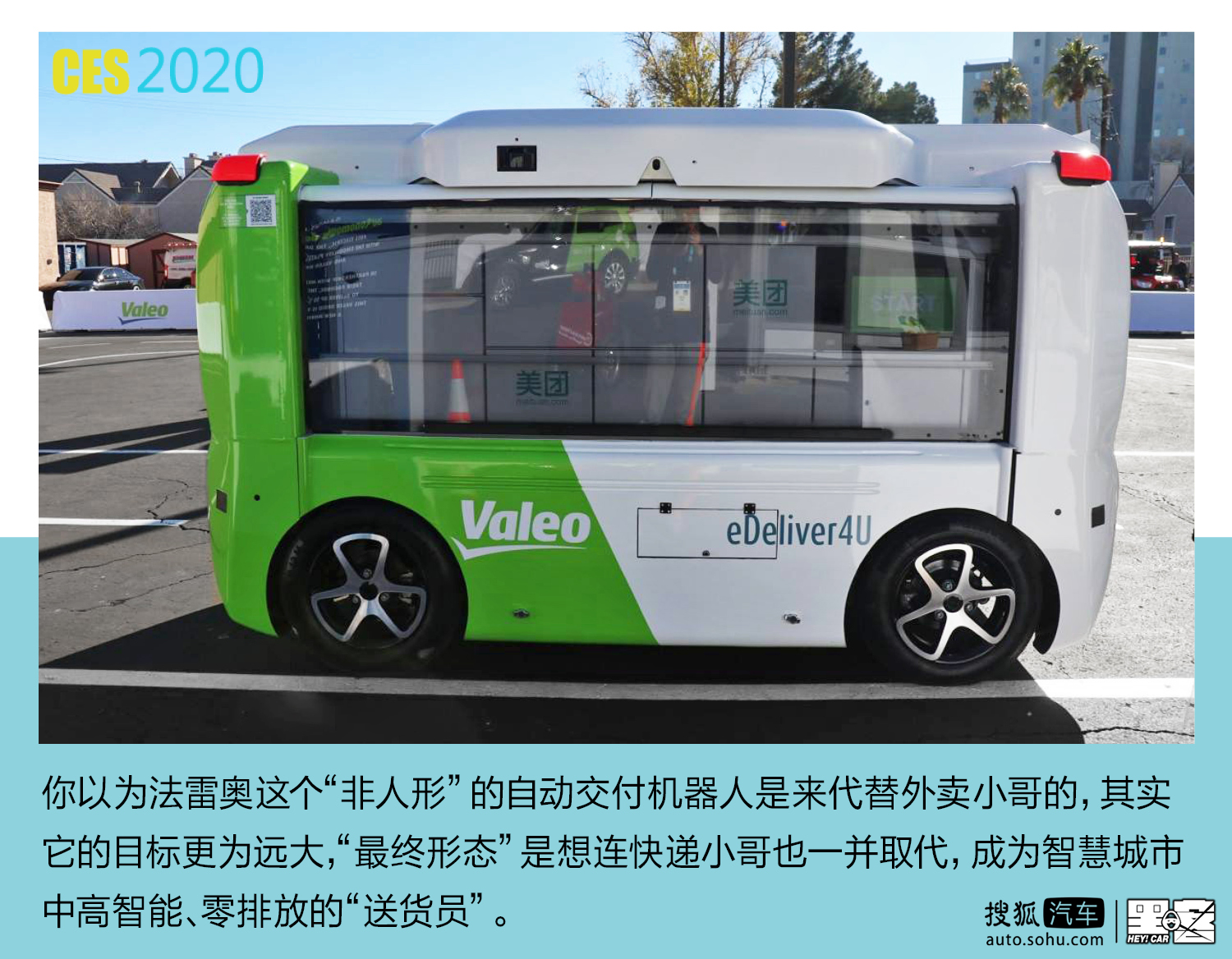 The actual problem that this robot can solve at this stage is: some communities and buildings will not allow takeaway brothers to go to deliver meals; multiple takeaways are concentrated in a building or an office building and serve as a mobile express cabinet; Large orders, such as afternoon tea for 15 people, are delivered directly from the restaurant to the "big customers" who place the order.

Regarding food delivery, is Valeo's automated delivery robot capable? Let's take a look at the data we have experienced in the same way. The robot exhibited at CES2020 is 2.8m in length, 1.2m in width, and 1.7m in height. It provides 17 independent storage boxes. The prototype version of the power system can support the "four-wheeled food delivery vehicle" at a speed of 12km / h. The theoretical maximum endurance is up to 100km.

Having talked about the "representations" of so many products, let's take a look at the cooperation model and core technologies of both parties. As the operator of the actual landing of the product, Meituan is like the front-line sales position. Valeo , who is responsible for product development, is more like a technology and product department. On the technical level, the former provides big data such as order details , while the latter continuously optimizes the algorithm toward the "final form" based on the data and matches the hardware.

The "shopping cart" is divided into three sizes: large, medium and small.

Large: The size of the product is similar to that of the vehicle used to transport parts and components in the factory's highly automated production line.

Trumpet: It is the so-called "grocery shopping cart", which is a great help for disabled people to go shopping.

M: From the published load data volume of 200L and load of 60kg, it is suitable for transporting heavy tools, decoration materials, wheel tires and other items.

From the product application scenario, Valeo's "red car" uses on-wheel (four-wheel) motors that are at least 20% more efficient than new energy vehicle front and rear axle motors, and is designed as such It can also achieve large-angle rear wheel steering and reduce the turning radius. 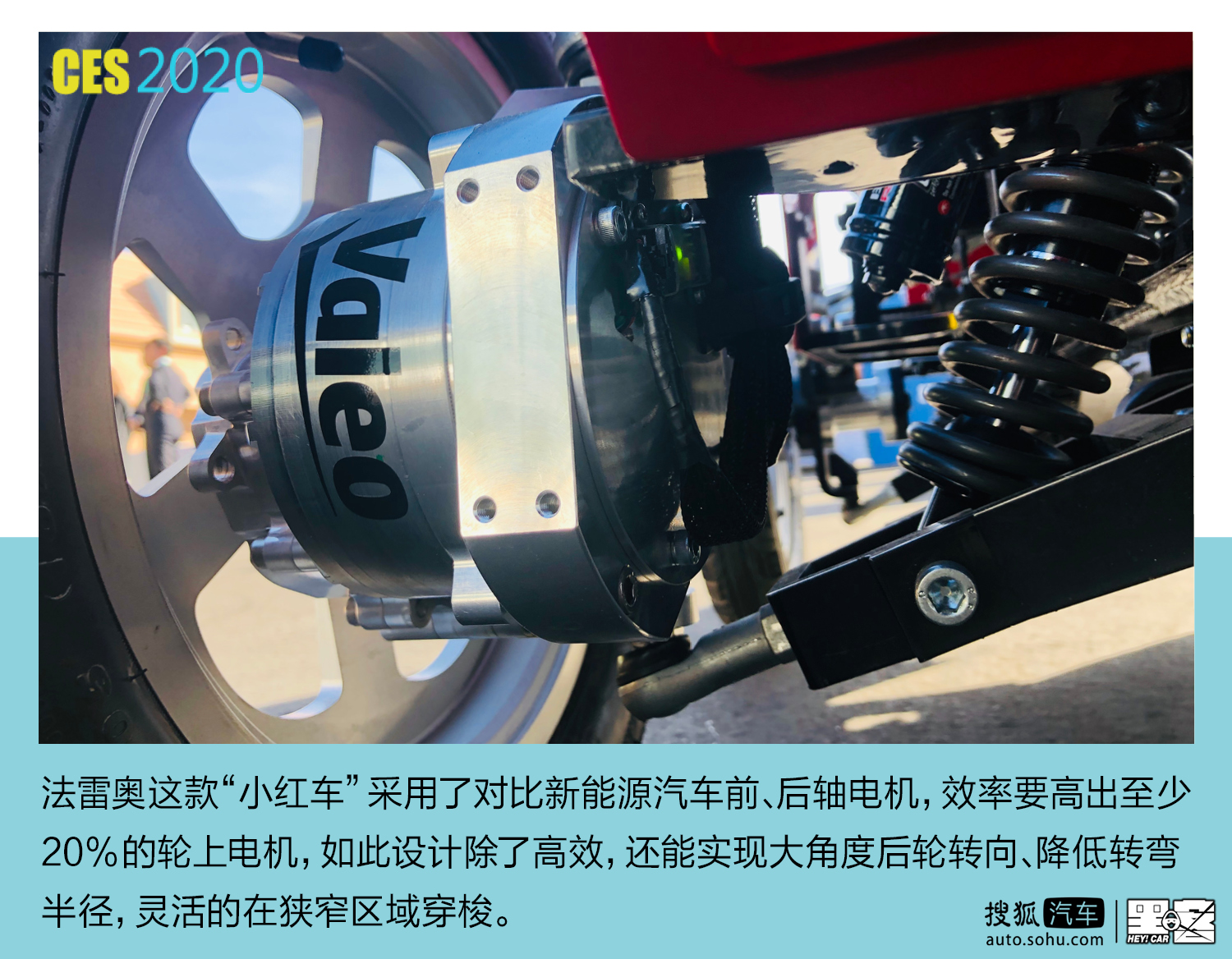 The advantages beyond the above two points of manpower liberation are indeed good, but the cost also restricts the possibility of "flying into the home of cruising people" in the future, and it is difficult to use it as a "shopping cart". It is more used in the commercial field and Disabled people with rigid needs. [· Individual headphone with "headphones" for each passenger ·]

Finally, it is also a "black technology" corresponding to the actual use scenario: independent speakers (speakers) for each seat headrest, jointly developed by Valeo and Japanese communication operator Docomo. Usually many people ride in cars and listen to audio and other audio entertainment, there are often difficult to adjust the situation, the headrest speakers displayed by Farao this time , so that each passenger can choose their favorite audio content, and still own exclusive, and The sound does not affect the people nearby. 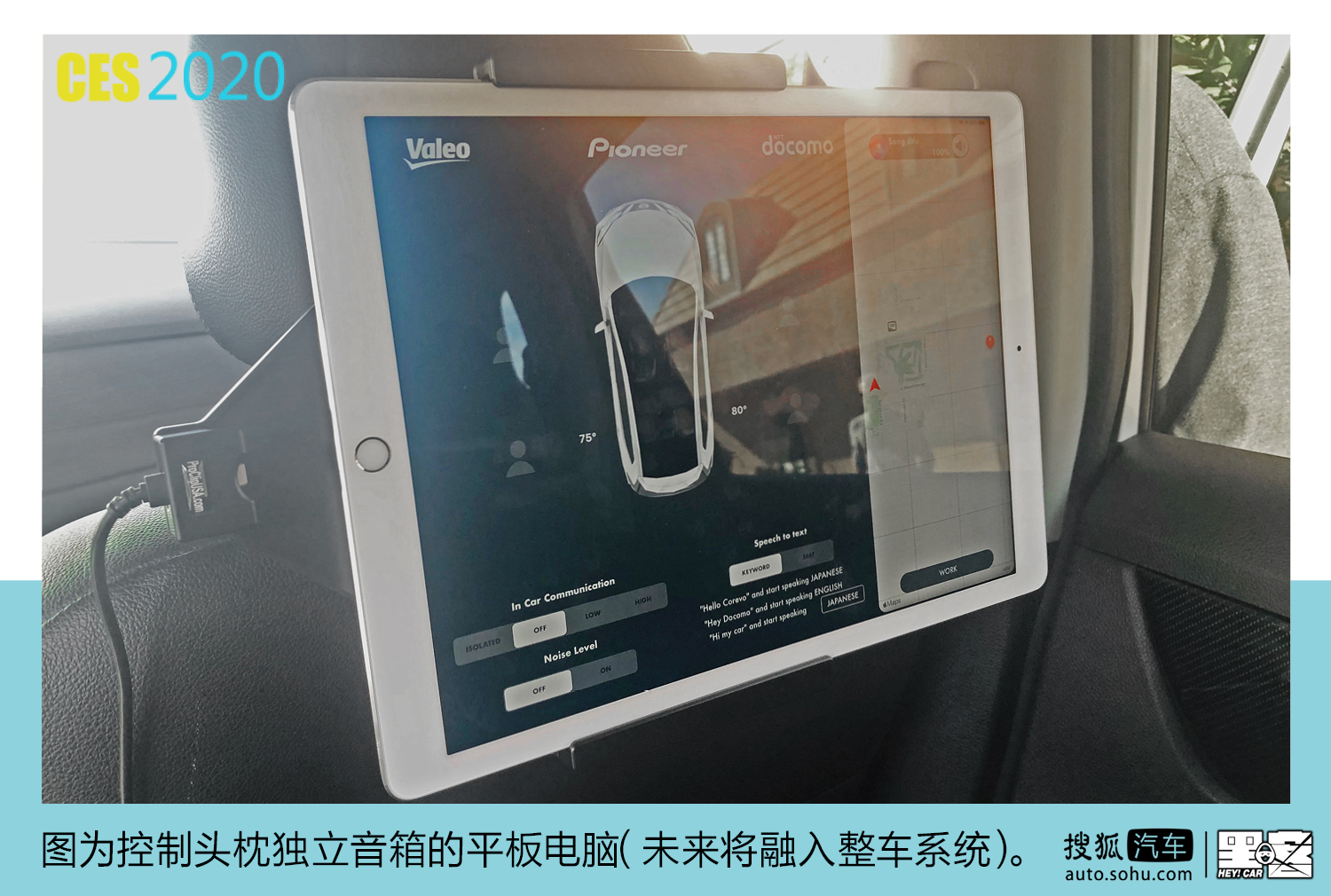 Before this article, many people would like to hear the names of auto parts suppliers such as Valeo. With the steady progress of the "new four modernizations" of automobiles (intelligentization, electrification, sharing, and networking), automotive technology will become the key technology in the future and a "big cake" on the business level. Therefore, before the silent supporters behind car manufacturers came to the "front stage", it is an irreversible trend; at the same time, Google, Apple, Baidu, Huawei and other domestic and foreign technology giants have also come "cross-border", Also at this CES, even Sony unexpectedly exhibited the concept car, which is actually reasonable. But it must be said that among the three types of companies: car companies, suppliers and technology companies, car manufacturers need to manage the overall situation and consider the overall performance of the vehicle. Technology companies have inherent advantages such as big data and cloud computing. There are not many intersections. Only automotive suppliers that are in the industry and have long-term technology accumulation and practical product applications can more easily transform and develop their business in automotive technology. Among them, Valeo, who has never played the "virtual" and speculative concept, has a good "personality" and can be expected in the future. Back to Sohu, see more