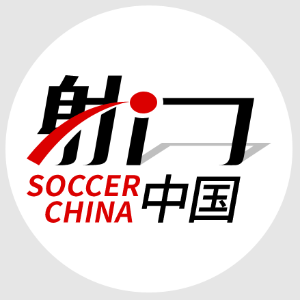 Original title: Lippizan Li Tie is the most ideal candidate for the national football coach or still has contact after taking office

Just when Li Tie led the new phase of the national team training in Guangzhou, Madonna, former assistant coach of Lippi and Lippi's deputy, has returned to his home in Italy, but his heart remains in China. After all, Madaloni stayed in China with Lippi for 8 years. Although Madagascar has returned home in the middle of the "Silver Fox", Madaloni has been working in China and he has accumulated a lot of experience here.

After Lippi's sudden resignation, Madaloni was the first to stand up and express his willingness to take over as the coach of the Chinese team. In an exclusive interview with Red Star reporters, he expressed his willingness to complete Lippi's unfinished tasks. However, after a battle between native and foreign players, China chose its own local coach to shoulder the heavy burden of impacting the 2022 World Cup. He understood this and expressed his firm belief that Li Tie could lead the Chinese team to qualify for the top 12 games.

1. If local coaches are used, Li Tie is the most suitable person

Red Star News: What's your opinion on Li Tie's appointment as the coach of the Chinese national team?

Madaloni: If the Chinese side has decided to start the local coaching program at the national team level, then I think Li Tie is the most suitable person now. As a young and progressive head coach, he is definitely the best person for this position.

Red Star News: Lippi was promoted by Li Tie. Lippi, who started coaching Guangzhou Evergrande in 2012, sent him an invitation and asked him to be a team assistant. At that time, you worked with him for almost 2 years. What kind of impression did he make on you in your interactions with him?

Madaloni: When I met him in 2012, he was a prototype of a good coach himself. He worked with us for more than 3 years, and I think he learned a lot from Lippi, from training methods and tactical concepts.

Madaloni: Lippi is a very smart person and a very experienced coach. When he heard Li Tie's appointment, he immediately understood. Li Tie is a former international player in China. When they worked together, Li Tie learned skills and tactics from Lippi and led the team's experience. At the same time, Lippi also understood Chinese football, especially some Chinese football traditions and habits with the help of Li Tie.

Red Star News: Did Li Tie contact you this time? Have you contacted Lippi?

Madaloni: I think they were related before, because Li Tie was going to bring the training team to the East Asian Cup, these days I don't know if they are related.

2. Li Tie's four foreign teaching assistants are all from England, which is a natural choice.

Red Star News: Does Lippi know about Li Tie becoming his handsome successor? What does he think?

Madaloni: Of course, the news of Li Tie becoming his successor has been circulating around us for a long time. For Li Tie, Lippi always has a very positive point of view. If a local coach is needed, Lippi agrees that Li Tie is the ideal candidate. Li Tie has a history of studying abroad, whether he is a player or a head coach, it is a relatively good experience.

Red Star News: You once expressed in your interview that you want to be the head coach of the Chinese team and contribute your experience and strength, but they did not choose you and the other members of the Lippi team in the end.

Madaloni: I have been in China for seven or eight years and I feel I know enough about Chinese football. I know Chinese players, whether they are young players or experienced veterans. I want to be the head coach of the Chinese team because of these years of experience and experience, and I also learned a lot from Lippi. However, China hopes to use local coaches. I can understand that Li Tie is the right candidate.

Red Star News: It is said that the four foreign assistant coaches of Li Tie this time are from England, and none of your former Italian team, how do you think of his choice?

Madaloni: He used to play in the UK, so he still has a connection with British football. All coaches are like this. When you take office, you will definitely find close people to help you work together, so you have the same football philosophy. I don't believe this is for other reasons, this is a natural choice.

Red Star News: You have also worked in Wuhan Zall. Li Tie successfully led the team to the top and won the league sixth in the 2019 season. What do you think of his coaching ability?

Madaloni: I also think Li Tie's work is very successful. In recent years, I have noticed that the Wuhan Drow team is getting better and better. They are rigorous in organization and excellent in tactical literacy. Obviously Li Tie has done a lot of real work. In his work, I can see so many shadows of the experience and skills we brought. We are also very happy about this.

Red Star News: Do you think Li Tie can lead the Chinese national team from the top 40 this year?

Madaloni: As I said to you last time, I firmly believe that the Chinese team will definitely play in the top 12. Because this year's game situation is more favorable, three of the four games of the Chinese team are home games, and one game is an away game. In the final round against the Syrian team, the latter must have been out ahead of schedule. So I think the Chinese team will definitely win these 4 games. I believe Lippi's resignation will not change this result, I just regret that we cannot participate in it. Of course, the top 12 competition is the real challenge, no matter which group, the other 5 opponents are not good. But what we see is that Chinese football is actually improving. In the last 12 games, we regret being eliminated at the last minute. And this time I sincerely hope that the Chinese team can enter the World Cup finals.

Red Star News: Do you think Chinese football should be foreign or native?

Madaloni: In a sense, foreign coaches can bring some advanced ideas and tactical ideas to Chinese football. The depth of Chinese football is not so thick, so some foreign coaches are needed to help it grow. Of course, in terms of understanding Chinese football culture, Chinese local coaches certainly have their inherent advantages, which can help the team to be more united and inspire the patriotism of the players. So I hope to combine the strengths of the two. So I once again recommended myself to work with Chinese coaches to complete this global plan.