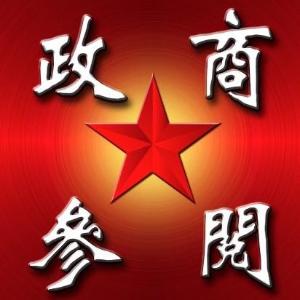 Liu He went to the United States on the 13th and 15th to sign the first-phase economic and trade agreement with the US! A shares rose, RMB soared

At the regular press conference of the Ministry of Commerce on January 9, 21st Century Business Herald learned from the spokesperson of the Ministry of Commerce's spokesperson that at the invitation of the United States, members of the Political Bureau of the Communist Party of China Central Committee, Vice Premier of the State Council, and China led the China-US Comprehensive Economic Dialogue. Liu He will lead a delegation to visit Washington from 13th to 15th of this month to sign the first-phase economic and trade agreement with the United States. The teams of the two sides are in close communication on the specific arrangements for signing the agreement.

Chinese Ambassador to the United States:

According to Xinhua News Agency, Chinese Ambassador to the United States Cui Tiankai stated that mutual benefit and win-win are always the essential characteristics of Sino-US economic and trade cooperation. As long as the two sides firmly grasp the fundamental interests of the two peoples and respect each other's dignity, sovereignty, and core interests, they cannot be overcome. Difficulties.

He pointed out that a long-term, healthy and stable Sino-US relationship will continue to provide historical opportunities for common development of enterprises and peoples of the two countries. It is hoped that the business communities of China and the United States will shoulder the social responsibility of supporting China-US friendship and cooperation. No force can stop the friendly exchanges between the 1.7 billion people of China and the United States, and no force can push the two great nations of China and the United States into the path of conflict and confrontation. As long as the industrial and commercial circles of the two countries join hands and move forward together, the ships of Sino-US relations will certainly be able to cut waves, cross the haze, and sail to the other side of the sun.

At the dinner, Xu Chen, president of the U.S.-China Chamber of Commerce and President of the Bank of China in the United States, said at the dinner that the first phase of the China-US economic and trade agreement to be signed is clearly a step in the right direction and will restore part of bilateral trade and investment, reducing The burden on domestic businesses and consumers. Hope this is also the first step to restore mutual trust between the two governments.

At the same time when the Ministry of Commerce released great benefits, the performance of A shares was also exultant.

On the one hand, due to the easing of the situation in the Middle East, today the Shanghai and Shenzhen stock indexes opened higher and higher, and only more than 400 stocks in the two cities fell. The market leader's daily limit ended late Saturday, driving short-term speculation.

Choice data shows that even with the three major indexes all falling by more than 1% yesterday, northbound funds still had a net inflow of 1.423 billion yuan.

In 2020, which stocks does Northbound Capital favor?

From the perspective of the increase in the proportion of outstanding shares, as of January 8th, since January, Northbound funds have increased their positions in small and medium-sized stocks since January. Increased positions by 3.13% and 2.25% respectively. In addition, the proportion of outstanding shares in China Science and Technology Innovation, Weir Shares, Livzon Group, and Biochemical exceeded 1%.

Today, with the two cities opening up and going higher, Northbound funds continued to add large sums of money. According to data from Oriental Fortune.com, the amount of Northbound funds added to the warehouses reached 5.902 billion yuan.

Huang Fusheng, president of the Pacific Securities Research Institute, said that from the perspective of Northbound funds ’allocation of A shares, Northbound funds tend to buy A shares when the RMB appreciates. After the RMB ’s overfall in 2019, the economic cycle is recovering. The currency value is more stable and rising, so even if the passive allocation effect brought by the proportion of foreign investment in A shares is weakened in 2020, the momentum of foreign investors actively buying A shares will not stop, and the leading advantages of various industries will be more significant.

Besides, the recent RMB exchange rate has unknowingly risen by more than 500 points within a few days.

On January 7, the spot exchange rate of RMB against the US dollar rose sharply, once surging more than 400 points, and once again set a new five-month high since August 2, 2019.

On the same day, in the offshore RMB market, the spot exchange rate of RMB against the US dollar also surged sharply, at 6.9388, which was slightly less than the onshore RMB quote.

By January 9, the RMB exchange rate continued to rise. Onshore markets, the spot exchange rate of RMB against the US dollar opened at 6.9312 on January 9, and then rose above the 6.93 mark, with the highest appreciation to 6.9207.

The maximum exchange rate of offshore RMB to USD on January 9 rose to 6.9173, and the cumulative appreciation rate this year has also exceeded 0.5%. 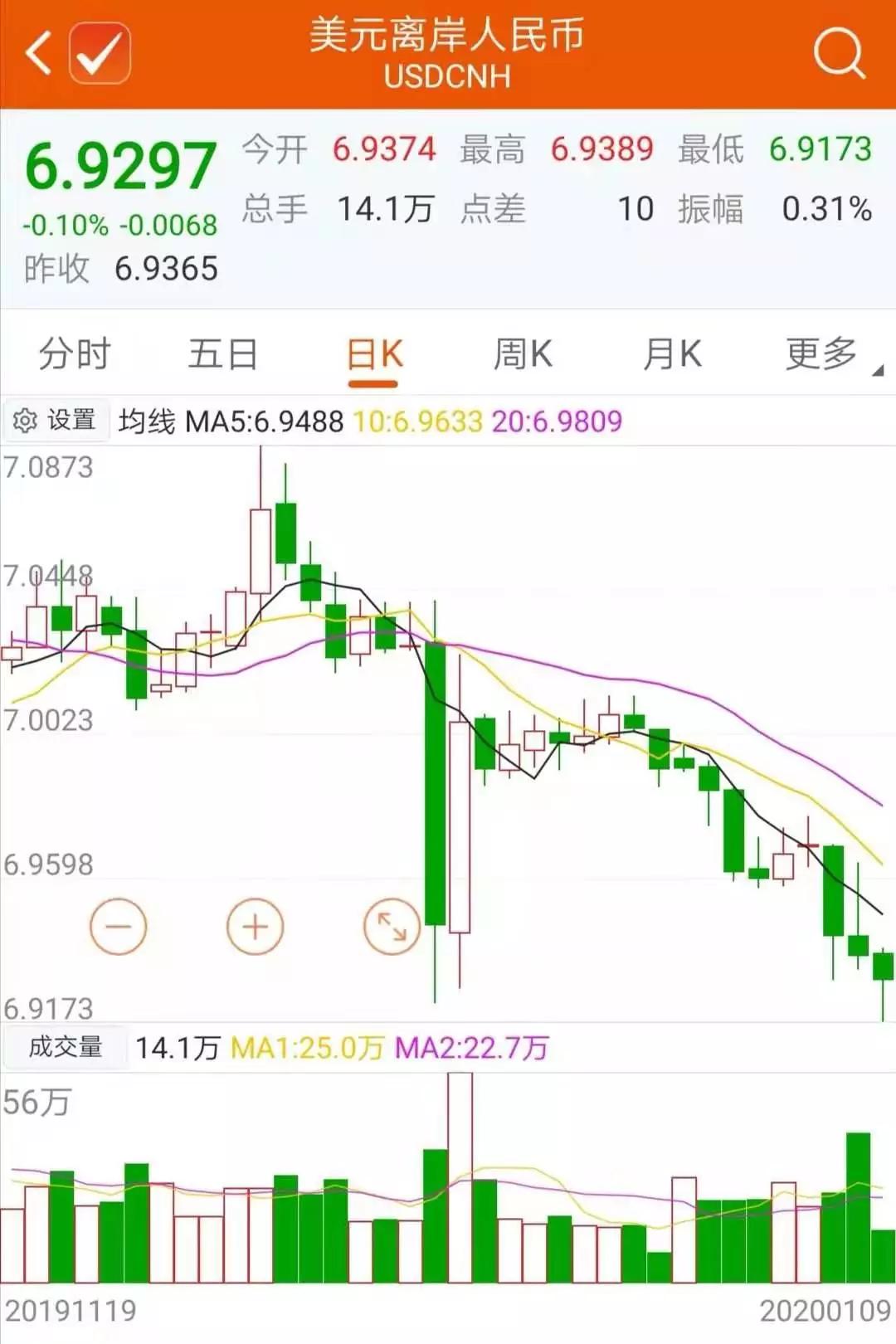 The situation in the Middle East has gradually eased, and new developments in Sino-US trade have been superimposed. The previous surge in safe-haven gold has become a flash in the pan.

Looking ahead, Wanhe Securities said that the spring market is still being interpreted, and the influence of geological risks on A shares is weak. The junior market in 2020 has started and shows that this round of spring market may be longer. There are three main reasons for this: first, the fundamentals have stabilized, the second is the warmer policy, and the third is the warmer profit. In the current background, the data is relatively vacant. The market interpretation is mainly driven by market sentiment and market expectations. The manufacturing PMI has been above the line of prosperity and dryness for two consecutive months. There are liters.

Huatai Securities said that from the perspective of the calendar effect and the macro data empty window period, the "red envelope market" may continue until the Spring Festival. Looking at the whole year, the upward space of the index may be greater than the downward space, and a large probability of 3,000 points is solid.

Regarding the incremental funds of the A-share market in 2020, CITIC Securities said that foreign capital inflows in 2020 will be weaker than in 2019, but will still be an important force; the increase in holdings and branding of off-site industrial capital will offset the lifting of the ban. Potential pressure to reduce holdings; wealth management subsidiaries have gradually transitioned from undertaking pressure reduction to new products, which will become an indispensable increase in the future. In 2020, the total net inflow of A-share funds will be about 800 billion yuan. The above-mentioned multiple capital inflows may have a greater resonance in the second quarter.