U.S. Permanent Representative to the United Nations Kelly Kraft said in a letter to the UN Security Council that the United States stands ready to "seriously engage in serious negotiations with Iran". 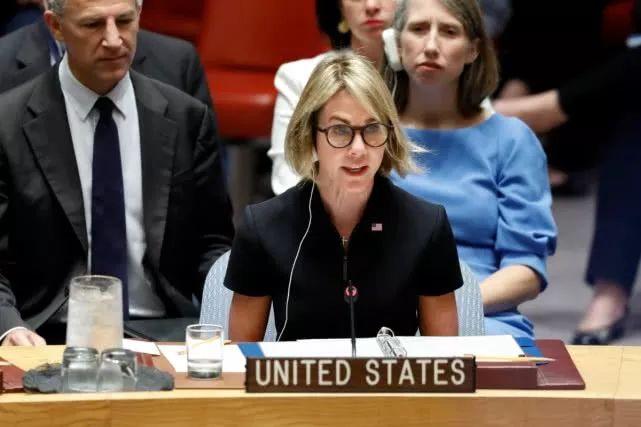 According to Reuters reports on the 9th, U.S. Permanent Representative to the United Nations Kelly Kraft stated to the United Nations on Wednesday that the U.S. air strike last week killed Iranian commander Suleimani as "self-defense" and vowed "when necessary" to Take further action in the Middle East to protect American personnel and interests. In a letter to the UN Security Council, she said that the United States is also ready to "seriously and seriously conduct negotiations with Iran."

Prior to this, Iran retaliated against the US assassination of Suleimani, firing multiple missiles at US military facilities in Iraq. US President Trump said at a news conference that the Iranian attack did not cause U.S. injuries. Trump also said "Iran seems to be closing up, which is a good thing for all parties and for the world. a good thing".

Reuters stated that Krafft stated in his letter that the U.S. killing of Suleimani in Baghdad on January 3 was reasonable under Article 51 of the Charter of the United Nations, adding that "the United States is prepared to The region is taking further action to continue protecting U.S. interests. "

According to Article 51 of the Charter of the United Nations, any measure taken by any country in exercising its right to self-defense must be reported to the 15 members of the Security Council "immediately". Earlier, the United States also used Article 51 to justify actions against "Islamic State" militants in Syria in 2014.

The U.S. ambassador said that the death of Suleimani and the U.S. air strike on Iranian-backed militia facilities in Iraq and Syria on December 29 were "for Iran and its supporting militia in recent months against U.S. forces and U.S. interests in the Middle East The response to a series of escalating armed attacks. " She noted that the purpose was to prevent Iran from carrying out or supporting the attack and to weaken its ability to launch the attack.

Prior to the letter from the United States, Iran also stated in a letter to the UN Security Council on the 8th that Iran's crackdown on US bases in Iraq was a self-defense measure taken in accordance with Article 51 of the UN Charter.

Iran's ambassador to the United Nations, Majid Takht Lawanshi, said Tehran exercised its right to self-defense, adopted a "restrained, proportionate military response" to the US air base in Iraq, and "do not seek upgrades or wars."

"This operation was precise and aimed at military targets, so it would not cause collateral damage to civilians and civilian property in the region," Ravansi wrote, noting that "Iran does not take any further military adventurism against itself. A serious warning is issued, and Iran is determined to continue to resolutely defend its people, sovereignty, unity and territorial integrity against any aggression in accordance with applicable international law. "He also added that Iran fully respects Iraq's sovereignty. Back to Sohu, see more