古代帝陵大多被盗，明十三陵为何很少被盗？ Most of the original ancient emperor's tombs were stolen. Why was the Ming Tombs rarely stolen? Man Qing made his first contribution

Original title: Most ancient tombs were stolen, why are the Ming Tombs rarely stolen? Man Qing made his first contribution

But it is strange that the Ming Tombs, which are located in Changping, Beijing, are rarely stolen. What is the mystery inside? Is there a hidden institution in the Ming Tombs higher than the tomb of Qin Shihuang?

The Ming Tombs refer to the tombs of 13 emperors who had been built over 230 years after the emperor Cheng Ming's Zhu Xi moved his capital to Beijing and the last emperor of the Ming Dynasty, Chongzhen Emperor, was buried in Siling. 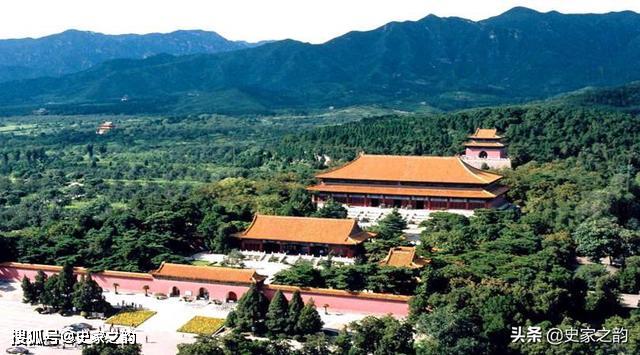 During the Ming Dynasty, every time an emperor's mausoleum was built, a team of soldiers was set up to guard the mausoleum. In the middle of the Ming Dynasty, Changping Town was set up in Changping, where the tomb is located, and tens of thousands of troops were stationed in Changping Town. In this way, it not only played a role of protecting the capital, but also strengthened the power to guard the emperor's tomb.

At that time, the generals who guarded Changping also set up internal and external officials such as the temple guard and the ancestral hall outside the emperor's tombs. They were permanently under the mausoleum as the managers of the tombs. Therefore, under this circumstance, it was impossible for the emperor's tombs to be stolen.

When the Ming Dynasty perished, Li Zicheng, the leader of the peasant rebel army, was anxious to attack the city of Beijing and overthrow the Ming dynasty. When he attacked Changping Town, he only burned down some of the buildings on the tomb (the tomb of Emperor Zhu Lijun of Emperor Shenzong Wanli). Sanling carried out large-scale destruction. After the Qing soldiers entered the customs, the Manchu government was a Han Chinese engulfing the Central Plains. They not only did not destroy the 13 emperors' tombs of the Ming Dynasty, but also adopted strict protection measures.

Starting from the first emperor Shunzhi after Manqing entered the customs, that is, the first year of Shunzhi (1644) to the twenty-two years of Qianlong (1757), there were eunuchs guarding the tombs (also known as Sixiang Nei envoys) in each tomb. .

In the second year of Emperor Yongzheng (1724), the Manchu dynasty returned the descendant of the thirteenth son of King Zhu Yuanzhang, the predecessor of Zhu Dingzhen, the prefect of Zhengding Prefecture, and made him responsible for the sacrifice and management of the Ming Tombs.

As a minority who entered the Central Plains outside the customs, Manqing has carefully protected the imperial tombs of the former dynasty for nearly 300 years under its rule. The Ming Tombs can be completely protected to the present, saying that Manqing established his first position. You ca n’t be too successful, right? Another reason the Ming Tombs were not stolen is that the structure and anti-theft measures of the Emperor's Tombs of the Ming Dynasty were extremely in place.

The entrance to the Emperor's Mausoleum in the Ming Dynasty is not fixed, not as easy to find as the Qing Mausoleum. Judging from the only excavation in Dingling currently, under the premise of the official background excavation, the archaeological team with great fanfare spent a lot of effort in finding the entrance to the underground palace, and after more than a year of excavation after finding it, it was excavated. A prototype. 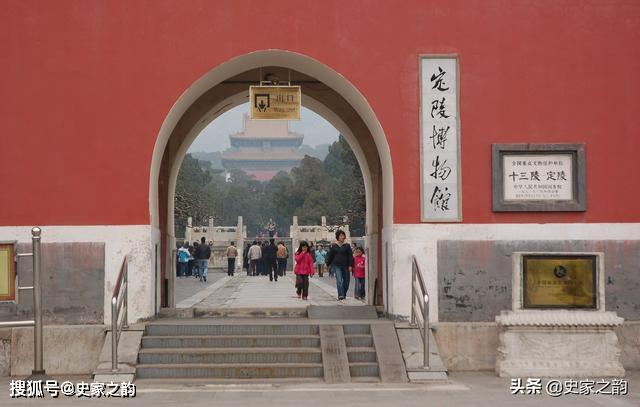 It is only regrettable that Dingling was originally kept intact, but because people did not have a strong awareness of cultural relics protection at that time, after excavation by archeologists, the coffins of the corpses and bones of the emperor Wanli were destroyed, and the fine wearing of Wanli emperor The fabric and dragon robes lost their original style in an instant.

A large number of other silk fabrics unearthed in Dingling were not effectively protected and rapidly weathered. Therefore, the excavation of Dingling is also considered to be a major tragedy in the history of archeology in China.

This article refers to: "Memory of Old Beijing", "Chinese Archaeological History" Back to Sohu, see more