The professional game anchor stayed up all night for two months, and suddenly healed in the ICU 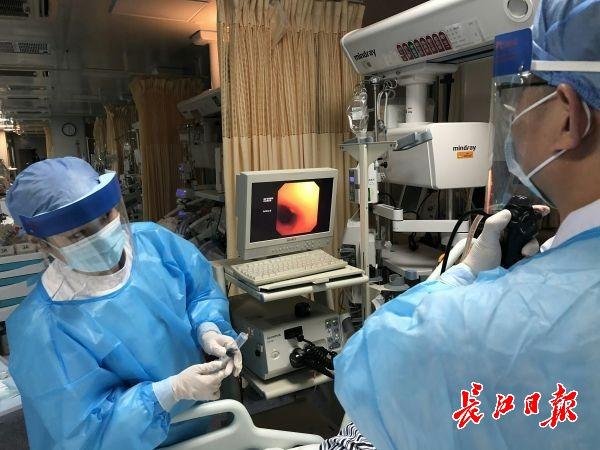 Yangtze River Network January 9 (Reporter Liu Xuan correspondent Zhou Qishu) "Go to work" every night at 8 o'clock, and "off work" until 6 o'clock the next morning, 22-year-old game anchor Xiao Rui Lian boiled for two months, suddenly mouth He vomited 1500 ml of blood and was admitted to the Department of Critical Medicine. "The whole family is persuading their son to change careers." On the 9th, speaking of her son's hemoptysis, Ms. Xu was still worried.

At about 8:30 pm on December 24, Xiao Rui, who lives in Simeitang, suddenly spit out blood, and his family quickly called a taxi to take him to the emergency department of Wuhan Wuchang Hospital nearest to his home for treatment. Due to the large amount of bleeding, "the scene was messy, the boy was carrying a bag of blood, and the clothes and sheets were all blood." The emergency doctor who was admitted recalled that it was only 5 minutes from the road to the hospital, Xiao Rui's bleeding The volume reached 2000 ml. After the emergency hemostasis treatment, others were sent to the intensive care unit (ICU) through the green channel.

Xu Liang, director of the intensive medicine department, told the Yangtze River reporter that after entering 1200 ml of red blood cells, Xiao Rui's condition was temporarily under control, but three hours later he had hemoptysis. Examination revealed a large amount of blood in the trachea. The bleeding point must be found and blocked as soon as possible! Hu Weilin, the director of respiratory medicine, called the nurse bronchist Ren Fengjuan who was on maternity leave at home. She was lactating and rushed to the hospital.

The bronchoscope clearly saw massive clots in both lungs and bronchial tubes. After the bleeding point was accurately found, Hu Weilin blocked the "piping" blood vessels one by one. At 4 am, Xiao Rui's vital signs gradually stabilized. Three days later, Xiao Rui transferred to respiratory medicine. After nearly half a month of treatment, Xiao Rui recovered and was discharged.

On the 9th, Xiao Rui talked about his experience of hemoptysis generously: he was a professional game anchor and began to "go to work" every night at 8 or 9 pm until 6 or 7 the next day. This day and night reversed schedule has continued For two months. Xiao Rui said that he had had hemoptysis that night when he was washing and preparing to go to work. After a few coughing violently, the blood in his mouth was pouring out.

Attending doctor Hu Weilin told reporters that Xiao Rui has been taking anticoagulants in a car accident two years ago and must check her coagulation function every week. However, Xiao Rui has not been reviewed for several months, coupled with bad lifestyles such as staying up late, which led to this massive hemoptysis.

Hu Weilin warned the public that winter is a season of high incidence of hemoptysis. Once hemoptysis occurs, on the one hand, you must learn to save yourself, try to cough up the blood, and do not choke to prevent the airway from being blocked. On the other hand, you must go to a specialist hospital immediately to prevent suffocation. Back to Sohu, see more